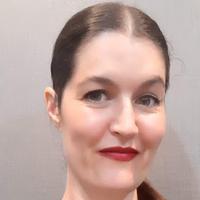 Kinh nghiệm giảng dạy: I have been teaching English to 15 to 20 year olds' for the last 5 years. For the last 7 years I have taught conversation and listening skills to adults.

Sở thích: My hobbies include reading, watching movies or Netflix, cooking and travelling.
My favourite topics to learn about and share thoughts on are cooking, cultures and history.

Giáo dục: I studied Accounting at university and have a TEFL certificate. 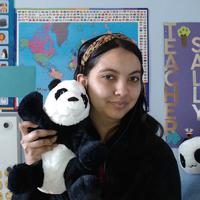 Kinh nghiệm giảng dạy: I tutor high school students online in Australia to help them pass their final exams. I have experience helping non-native speaking relatives with their homework - developing their English. I also have experience with ESL.

Giáo dục: Certificate in Teaching English as a Foreign Language.

Bachelor of Anthropology and Sociology (Honours)

I am planning to undertake Masters and PHD.

I am a Native English speaker. 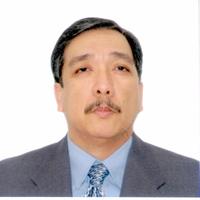 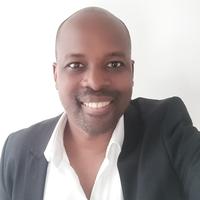 Kinh nghiệm giảng dạy: I worked in theatre for education for a number of years as an actor. Typically, after the performance of a play, we would run a workshop for students on the themes of the piece.

In Tanzania, I worked as a scriptwriter for the TV show Ubongo Kids. We worked with teachers, to create an animated series based around the curriculum. As a voice director, I would work with child actors to improve their reading skills and give them tools to elevate their performances.

Sở thích: I love electronic dance music. I am a keen clubber. I have just started a record label.
I love theatre and movies. I am a movie maker myself. At the moment I am in pre-production on a short film.
I am keen on sports. I follow football closely. I pay attention to most leagues. In England, I support Tottenham Hotspurs.
I like to travel. Within the last year I have been to Ghana, Canada, France and the Czech Republic.
I am a big fan of dining out, I have to say my favourite food is Mexican food. 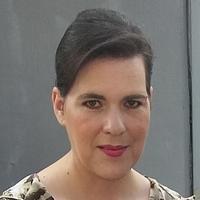 Sở thích: I love to travel and spend time with my animals. When not teaching I can be found working in my garden, reading a book, taking a walk, or going for a drive and enjoying a new adventure. I enjoy acting and have done many roles in local movies and commercials. I love teaching. I am a simple, calm person who enjoys talking to everyone. 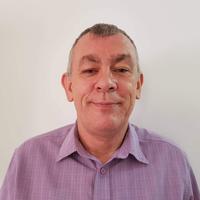 Kinh nghiệm giảng dạy: I have been teaching English here in the Philippines for over six years. I have worked at two different English schools and taught on-line. I teach ESL and IELTS to a wide variety of International students of all ages. My youngest student was 5 years old and the oldest 67 years old.

Sở thích: Most sports but particularly football (soccer), rugby, F1, boxing, MMA and American Football. I enjoy cooking all types of International food but I particularly like making desserts for my children. I enjoy watching films and occasionally watching tv as well as reading. I tend to become interested in anything that is...interesting! 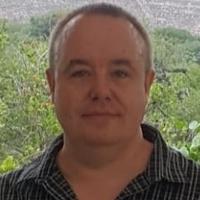 Sở thích: I moved to Guadalajara, Mexico in May of 2019. I am enjoying learning about Mexican, Culture; especially the food! I have lived in many different places in the United States including Chicago, Illinois, Seattle, Washington, Dallas, Texas, and Phoenix, Arizona. I love to cook. I enjoy history. I like to find and restore antiques. I am a lifelong reader and enjoy reading about science fiction, history, psychology, and true crime. 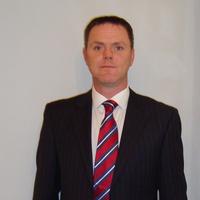 Kinh nghiệm giảng dạy: I have experience teaching in schools, colleges and universities, UK, UAE and Asia. I hold a MSc, PGCE, TESOL, TEFL Dip and special educational quals. Many of my Cambly students gain high IELTS, the best was two with 8.5. I deliver IELTS current speaking topics and model answers, along with Cambly IELTS. I teach to your needs, correct you often and offer sound advice. I do not teach children, Cambly Kids is best for young people. Let's go for IELTS 2021...

Sở thích: I have many hobbies, photography, reading and exercise. I enjoy Asian culture and can be often found exploring new places. I like music and singing, I am learning to play the guitar. Oh, and I like teaching very much.... 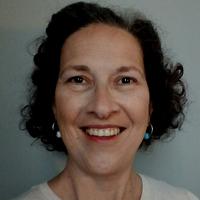 Kinh nghiệm giảng dạy: I have a TEFL certificate and love to talk to people from all over the world to learn about their culture, travels, children and lots more. I have been on Cambly for more than 4 years and I really enjoy the time with my students. Before teaching I was a trainer at a company and I taught people to use computers.

Giáo dục: Highest school education is Grade 12. I have also completed several software courses and most recently my TEFL certification. 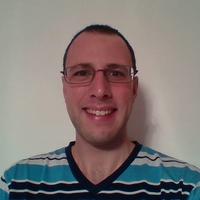 Kinh nghiệm giảng dạy: I have taught some classes to younger cadets when I was high schools so I'm familiar with the basic concept of teaching, lesson plans, curriculum and keeping everyone engaged. I graduated with a Journalism degree so I love asking a variety of interesting questions when I meet people.

Giáo dục: Bachelor's Degree of Journalism at the University of Nebraska-Lincoln 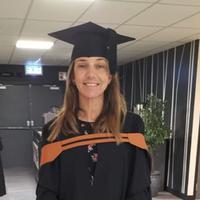 Kinh nghiệm giảng dạy: I volunteer during Winter break and tutor young girls. I have 17 years experience in the Legal field. I am a qualified paralegal, TEFL / TESOL Teacher and am currently completing my Degree in Teaching. I am a certified IELTS tutor. My online teaching experience ranges from 4 year old children to 60 year old adults.

Sở thích: I love running marathons, walking my dog, reading books and spending time at the beach. What do you like doing?? http://cambly.com/invite/CANDYB101 come join me!

Giáo dục: I attended High School in Cape Town and graduated in 2001. Thereafter I studied Property Law (Conveyancing) and have been working in the Law field for over 17 years. I am a qualified TEFL Teacher and I am studying a Bachelor of Arts in Foundation Phase Teaching (Grade 1 to 3). Education is key and you are never to young or old to study. 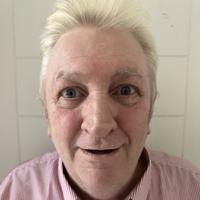 Kinh nghiệm giảng dạy: I have been a teacher for 20+ years. I have spent most of my teaching life working in Thailand teaching ESL and i have considerable experience in teaching younger students. I worked in international kindergartens for 7 years and in the evenings taught at a wide range of businesses teaching business English

Sở thích: I like all kinds of sport and watch sport regularly.
I also read widely often as a result of helping students with assignments

Giáo dục: I was educated in the UK and have an upper second class degree in business from Staffordshire University and a post graduate diploma in education from Mission College. 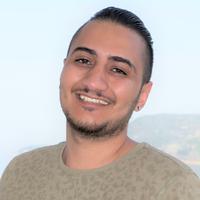 Kinh nghiệm giảng dạy: I have been teaching IELTS for more than 2 years, I have a Band Score of 9 in my IELTS speaking and not to mention I have taught English Interchange books 1 & 2 at an English institute. 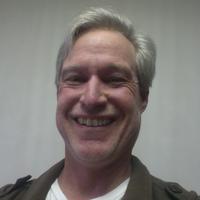 Kinh nghiệm giảng dạy: I have five years experience teaching English in China. I have had the privilege to teach all ages of children in three different English training schools, one international school and now teach young adults in the university. I also taught elementary school in rural Alaska for three years and even taught Alaska Natives in a bush village. 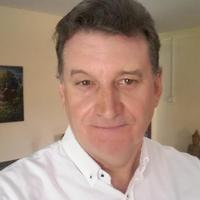 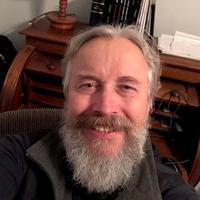 Kinh nghiệm giảng dạy: I worked in Japan as an English Instructor for 25 years. I taught business English at companies, held lectures at university, and gave private lessons as well.

Sở thích: I'm also a photographer, and cover all aspects of that field. I'm a writer of psychological suspense, and poetry. I like music, and play blues guitar.

Giáo dục: I went to Western Technical Institute and studied Mechanical Design, but interested in communication. 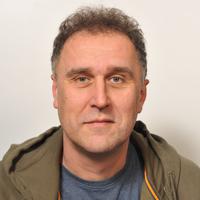 Kinh nghiệm giảng dạy: Over the years I have successfully prepared students for B2, C1 and C2 levels as well as IELTS and TOEFL exams. 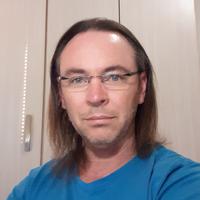 Sở thích: My interests are:
The outdoors, animals, dogs and dog training, motorcycles, history, traveling, working with my hands and survival skills. There's plenty more, but these are my main interests. 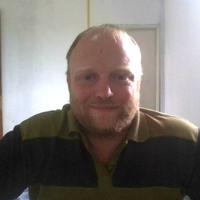 Kinh nghiệm giảng dạy: I have taught English for 5 years in South Korea and 7 in Thailand. I have taught children as young as three and adults as old as 75 and everything in between. I have done lessons both online and face to face for many years and I look forward to teaching you my language!

Bachelors of Arts in Political Science and History.

Various certifications in ESL including disadvantaged students, technology in the classroom, etc. 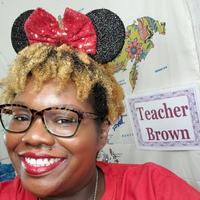 Kinh nghiệm giảng dạy: I have 10 years of experience teaching. I have been teaching English online for almost 4 years to children from the ages of 3-18 years old and adults from 18 - 80-year-olds.