Cambly has tutors that speak your language! If you're a beginning English learner, we recommend working with one of our bilingual tutors.

Cambly tutors are available instantly over video chat 24/7. Find the right tutor for you and start practicing! 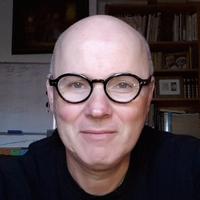 Teaching Experience: ESL teaching over a three year period in Cebu, Philippines to Korean, Japanese, Arabic and Russian students. Sport and Play Counselor/Supervisor for the City of Orillia- my hometown. Coached and referred hockey to kids for 5 years and soccer for 7 years. I have travelled extensively throughout the US and Canada for 20 plus years.

Interests: I love singing- it's a great way to relax and rejuvenate. I love the beach. I'm very spiritual. My hobby is alternative health. I have travelled to Europe and the UK mostly to visit relatives. My father was Irish and my mother German. My father had his own driving school and my grandfather was a professor at a University in Germany. I'm intellectual, but practical.

Education: Undergrad studies at University of Waterloo majoring in French. I won the first year Spanish award. I am fluent in German and French. 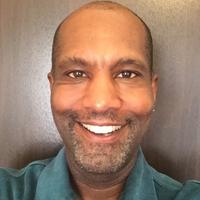 Teaching Experience: I taught English in a private school in Rome, Italy and Istanbul, Turkey. And I teach private lesson in my home to students and business people

Interests: I have a dog so we spend lots of time outdoors. I travel a lot. I love the cinema and music. I am a big reader. I have read many books. I enjoy meeting new people. and cooking fresh and natural foods.

Education: BA in Theater and a Master's degree in Acting 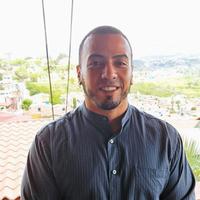 Interests: I´m interested in learning new languages and cultures. My hobbies include, sports such as football, basketball, mixed martial arts, exercise, tattoos and traveling. Memorable life experiences include growing up in New York City and Miami. 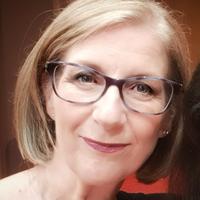 Teaching Experience: I have 3 children, who are half Greek, half English. I only spoke English at home to them when they were growing up. I gave them Grammar lessons too (reading and writing), so they learnt excellent English and with perfect English accents!.
I also taught English to a 6yr old Greek boy at his home. I played games with him and I chatted to him about numbers, colours, names of things (nouns), and even though he didn't know any English, every week he got better and better!

Interests: First of all I'm fun & have a great sense of humour! I listen to music of all kinds & I used to be a dancer & a singer, now I sing in a women's choir! I like keeping fit, especially walking! My parents are English but I am BRITISH! I was born in Tanzania, then raised in the UK & now I live in Greece! I adore cats and have 5 of them! MY SUPERPOWERS: I love helping people, I'm fun,kind & very patient, what's your superpower!? 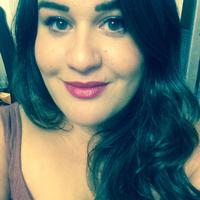 Teaching Experience: I have been teaching English for more than 5 years to adults and children of many different levels from all over the world including students from Saudi Arabia, Turkey, Japan, Korea, Brazil, China, Taiwan, Mexico and many more. I love teaching grammar, vocabulary, phrasal verbs, idioms, slang and pronunciation!

Interests: I have travelled to more than 30 countries, I love learning languages and meeting people from all over the world. I love learning about new cultures. I also enjoy dancing, cycling, cooking and singing.

Education: I have a Bachelor's degree in Applied Languages (French and German) from the University of Portsmouth. I also have a certificate to teach English as a foreign language to adults (CELTA). 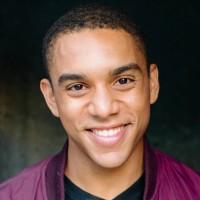 Teaching Experience: I have met with over 1000 students on Cambly. I've had students from a variety of countries including Saudi Arabia, Brazil, Turkey, Yemen, Oman, India, Korea, Japan, China, Taiwan, and Columbia.

For approximately one month, I taught a group of kids who were approximately ages 8-12 on Sunday mornings. I taught them secular Jewish lesson plans. I was responsible for supervising them & helping them learn a little more about secular Jewish customs/holidays in a way that would be engaging

Interests: -I've traveled to Israel, America, Italy, France, Germany, Spain, Mexico, and more
-I studied French for years, and took a course in France at the Institut de Touraine
-I read the Bible & pray 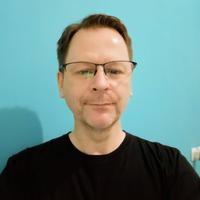 Profession: Full-time Tutor with Cambly, and Producer/Host of The Teacher Reacher Podcast™

Teaching Experience: I have worked with students from ages 3 - 60.
I have taught government officials, bank employees, doctors and executives during my 13 years as an educator.
I have worked, both, in Indonesia and in China.

Interests: Hi there! I'm Johan, I'm a Canadian teacher, and I am currently living in Indonesia with my wife and cute Husky.
I have been teaching English overseas for 13 years. I love to travel, ride my motorcycle, go hiking in the mountains as well as play guitar and sing!
I'm now 43 years old and it's the first time I've owned a motorcycle. Do you ride a motorcycle? It's one of the funnest ways to pass my time. I love the freedom on the open road!

Education: I am TESOL certified and I additionally have undertaken three additional ESOL training courses through Cambridge University.
I am a current student majoring in Sociology at Athabasca University - an online university based in Alberta, Canada. 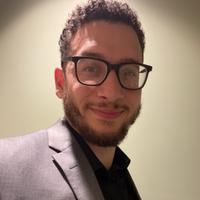 Teaching Experience: Over the years I have taught english to children and adults from all over the world. I lived in Asia for some time and taught english in Shanghai. In addition I coach people on how to learn languages. 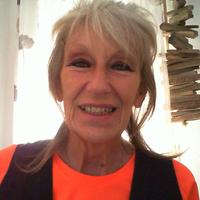 Profession: Previously a Healthcare Worker - Caring for the elderly

Teaching Experience: Most recently, teaching in an after school private college, Spanish children learning English; class sizes 2-12 children, ages 4-11 years of age.(new vocabulary and pronunciation)
Also 1 on 1 and 1 - 2 Adult lessons, with students wishing to improve their vocabulary, pronunciation, spelling and grammar.
In the roles I have had previously, mentoring and teaching new recruits to the positions I have held.
Volunteer in a Cub/Scouts group, teaching various skills to the youngsters