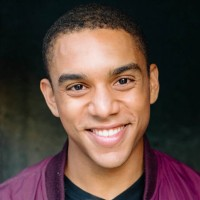 Experiência de ensino: I have met with over 1000 students on Cambly. I've had students from a variety of countries including Saudi Arabia, Brazil, Turkey, Yemen, Oman, India, Korea, Japan, China, Taiwan, and Columbia.

For approximately one month, I taught a group of kids who were approximately ages 8-12 on Sunday mornings. I taught them secular Jewish lesson plans. I was responsible for supervising them & helping them learn a little more about secular Jewish customs/holidays in a way that would be engaging

Interesses: -I've traveled to Israel, America, Italy, France, Germany, Spain, Mexico, and more
-I studied French for years, and took a course in France at the Institut de Touraine
-I read the Bible & pray